The Ph.D. is a practice-based Artistic Research Ph.D. at the Department of Arts and Cultural Studies, University of Copenhagen; The Institute of Art, Text and Research, The Royal Danish Academy of Fine Arts; and the MIT Program in Art, Culture and Technology (ACT), School of Architecture and Planning, Massachusetts Institute of Technology, MA, US .

Abstract
Concrete is the most widely used building material in the world. Its production is negatively linked to climate change, and its aesthetic to financial speculation and the inequality of what Colin Crouch has termed the ‘post-democratic’ era.

Once the concrete aesthetic spoke the language of progress, universal rights and a better society. Today, that disrupted political aesthetic demands cultural analysis, just as much as the carbon footprint and techno-fossils of concrete demand scientific attention. What does the aesthetic of concrete mean in a globalised world that regularly teeters at the edge of financial crisis and invites a certain environmental one?

The goal of this project is to analyse the historical movement from the Modern era of universal rights and democracy, toward a new era dominated by the global circulation of finance, and the effect that has on aesthetic language and meaning. This will be explored by examining the contrast between the history of concrete within art and cultural practice in the immediate post World War Two era in Europe and the aesthetic and ideological meaning of concrete in today’s globalised economy. That race for economic resources will partly be mapped in the zones of the ‘Global Commons’ - zones outside the borders of national states, such as the ‘High Sea and Deep Sea Bed’. Those areas are deeply affected by the ‘resource wars’, especially over the sand used for concrete production. What does such extraction mean for economics, political life and, crucially, the environment?

The project is theoretical and practical. The theoretical aspect of the research will focus on the social and ideological beliefs that dominated each era to build a picture of how the cultural meaning of concrete has changed. The histories that differentiate one place, or site of action, from another are crucial. The democratic context that once gave Modernist concrete it’s meaning in Scandinavia contrasts sharply with the post-democratic environment of today’s Special Economic Zones. The practical part of this research will employ research-orientated creative practice to explore the potential of art and architectural interventions to generate new, materially embodied, understandings of these developments.

The film explores the developing contexts around concrete buildings with special focus on what has become of the universalising claims of the mid 20thcentury that lent concrete constructions their initial set of references and meanings, and it part of chapter 4 in the thesis.

The film was shot on location in Europe and Japan, and mixes a commentary, based on historical research and interviews, with footage of the material residues of concrete Modernity – especially the styles of Brutalism and Metabolism.

The script was completed in February 2020, and recorded by the actor David Bateson. However, sequences planned to be filmed in the UK and Europe in the spring were interrupted by the outbreak of the Covid-19. At the time of submission for examination as part of this PhD, some sections of the film have not been shot. Consequently, the film has not be shown publicly or submitted for competitions.

Concrete embodied Modernity’s inherent conflicts of meaning. The geo-political hostilities and ideological differences of the 20th century were realised in the architecture of military bunkers, housing projects, civil administration blocks, and ever-expanding universities. However, the image of a ‘universal humanity’ rested on diverse dreams of ideology, technological progress, and future utopias. Despite those contradictions, the material expression of these dreams took a strikingly similar material form in concrete.

‘Concrete: The Great Transformation’ is a follow up to 2018’s ‘Concrete Nature: The Planetary Sand Bank’. The film mixes images with a commentary based on historical research and personal narrative. The investigation begins with visits to three historical extraction sites, relating to flint, coal, and limestone, before moving on to examine a site where the Earth’s materials are being used to simulate ‘lunar regolith’. These visits ground an exploration of past, present and future attempts to mix human imagination with Earthly materials, ending with technological hopes for 3D-printing concrete for future interplanetary settlements.

The core of the film, focuses on humanity’s recent past and where it is leading us. Mid 20th century architectural styles, such as British ‘Brutalism’ and Japanese ‘Metabolism’, tied concrete to notions of reconstruction and hope after the terrors of war. Such styles, found their home in civic buildings, housing projects, and institutional offices of the welfare state. Until the 1980s, their abstract forms claimed to embody universal rights, and advances in social and economic organisation., underpinning a belief in human progress. However, as ideological divisions and nationalisms faded in the late 1980s, progress was redefined, and concrete history rewritten. By the 90s, those older meanings were absorbed into the new global order, as universal Modernity was overwritten by ‘financial capitalism’ as social structures were simultaneously reordered by digital technologies.

Faith in universal progress withers. Democracies weaken and fall as ethno-nationalisms rise. Everywhere, the universalising fear of the Great Heating is evident. A new concrete era is rising, mimicking Modernity but stripping out its progressive ethos. If the clear lines of the Hiroshima’s ‘Peace Centre’ symbolises a concrete Modernity of that is now passing, China’s ‘Belt and Road Initiative’ looks forward to a post-democratic world ruled by a new class of totalitarian Princes.

The first chapter of the film, part of the written chapter 3, Concrete Nature: Planetary Sand Bank was finished late 2018 - see images above. It is a component in my PhD Concrete Aesthetics – from Universal Rights to Financial Post-Democracy.

The film was shot around in and around the MIT campus, Cambridge, Boston, New York, Hudson River, High Fall, London, and includes historical images. The film explores concrete buildings that were politicized before they were constructed, before an architect lent them their particular voice; buildings whose political speech is now being overwritten, rewritten, and erased, by the shifting sands of ideology and environment.

As David Harvey observed when discussing the production of space, “space cannot be thought independently from productions of nature” – human interference in nature is a part of nature, not separate from it. Concrete Modernism grew from sand, aggregate and lime, to embody the societal values of 20th century Modernity. But the connection between material and cultural and ideological values has proved ideologically flexible. Look onto a concrete building, and its material surfaces and interior spaces, and we might meet the speech of the democratic era that followed world war two. But perhaps we also see the environmental destruction wrought by today’s ‘extractivist economy’. Or, perhaps we see humankind’s bright, deep-space future, a 21st century concrete modernism to be 3D printed on the moon or passing asteroids, as envisaged by advocates of ‘The New Space Industrial Age’.

‘Spaces’ create images from the perspective of a particular place, set of social relations, and the dynamics of history and time. The material spaces of landscape, housing and urban life, and the material resources we extract to support that particular version of life, are always crisscrossed with human power relations.

Where concrete modernity once appeared a sight of hope, we are now assailed by the concept of ‘Carbon Democracy’ and the fact of climate collapse on a planetary level. From another perspective, democratic agency is being levelled down by an era of rising economic and political inequality. In turn, democratic political power is decentralised and weakened, only for that power to be recentralised in the private boardrooms of post-national corporations. The collapse into ‘post-democracy’ now appears to parallel the collapse into climate chaos. Both quicker and faster than we imagined a decade ago.

In our time, the concrete that once appeared to embody universal and timeless values rots as social ambitions falter and fade. History’s one-way road to progress proved not to be politically inevitable, and experience now reveals its disastrous environmental consequences. Dissipating democracy parallels planetary realignment – the political body and the planet choke on hope.

The Sand Bank, a tap dance show for the In Our Present Condition at Zooetic+, the MIT Program in Art, Culture and Technology (ACT), School of Architecture and Planning, Massachusetts Institute of Technology, MA, US, 2018.

The Sand Bank (see History) explores the cross vectors of historical political orders and cultural aesthetics, and is presented here as a component in the doctoral thesis Concrete Aesthetics: From Universal Rights to Financial Post-Democracy. It is based on the research related to the paper Sand in theArchitecture of Democracy, 2017.

The work is a large-scale scenographic stage with images and forms – morphologies – from different epochs. Moving from modernity to post-democratic society with the focus on sand extraction - one of the planetary’s largest environmental conflict. A stage is made for Ian Berg and his tap-dance troup Subject: Matter (here Samantha Emmond & Adriana Ogle), who has developed a scenography for a new sound piece, commissioned from the musician Jesper Skaaing. A piece based on the sound from Sputnik. The scenographic and sculptural elements are also working as instruments for the tap dancers. Like one is the high hat, tapping in sand.

The work was made for the Program in Art, Culture and Technology (ACT) of the 50th anniversary of the founding of the Center for Advanced Visual Studies, 2018. Here the mapping were printed on large canvas. Since then, it has been presented in other contexts as posters like Aesthetics of Persuasion, (Linda Weintraub), Woodstock Byrdeliffe Guild Kleinert/James Center for the Arts, Woodstock, US;  WERN2018 – World-Ecology Research Network Conference, Helsinki University and latest in the exhibition Rivers of Emotion, Bodies of Ore, Kunsthall Trondheim, (Lisa Rosendahl), Trondheim, Norway, where a new text was added: The Common Heritage of Mankind. In Denmark two posters has been at display at Galleri Kant in relation to the exhibition Facing Concrete.

Sand marks time. It slips through glass, marking out our hours. But its’ own time is running out.

In Europe, the concrete bunkers of World War II provided the groundwork for the communal concrete architectures of the era of social welfare and universal rights. As the Cold War grew, sand architecture moved to space, blinking in the circuits of Sputnik. If you listen hard, you can still hear the echoed bleeps and thuds; the rhythms of the 20th century; beat out ambitiously in space.

But the conceptual architectures of Modernity have drifted. Politics soured. Freak capital now seeks refuge in the universal rites of concrete, as sand scarcity eats at the 20th century’s embodiment of progress. History shifted the plan for progress. The symbols of the era of tight democratic oversight have been pirated: in the era of disaggregated Silica, freedom of markets must come at the expense of democracy. Post-war concrete has merged gradually, seamlessly, into post-democratic concrete. Meanings change. The case is altered. Concrete surrendered itself. It is overwritten.

Sand in the Architecture of Democracy [Paper]

My initial approach was straightforward desk research. This resulted in a formal research paper that was presented at the Forging a Sustainable Modernity: The Nordic Model and Beyond in September 2017 in Oslo. The seminar was important in developing my approach to ‘welfare’ as an all-encompassing concept lay beyond the ‘state’ model that initially informed by the PhD proposal. 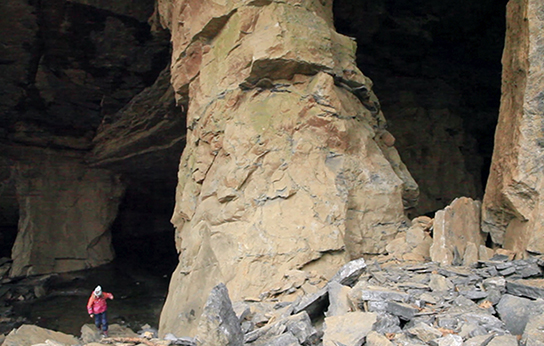 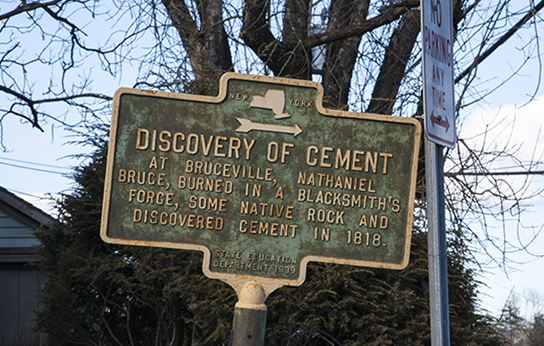 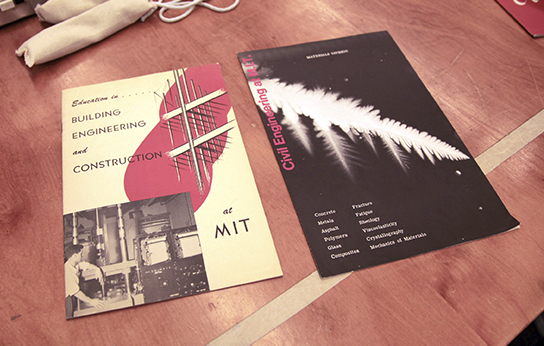 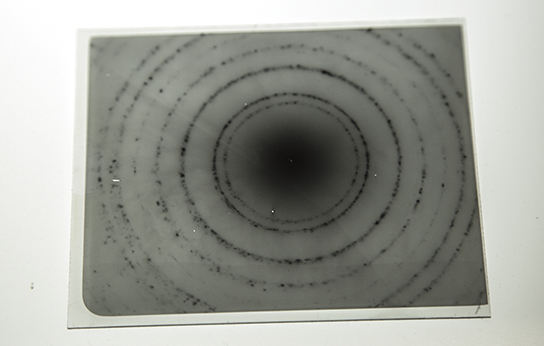 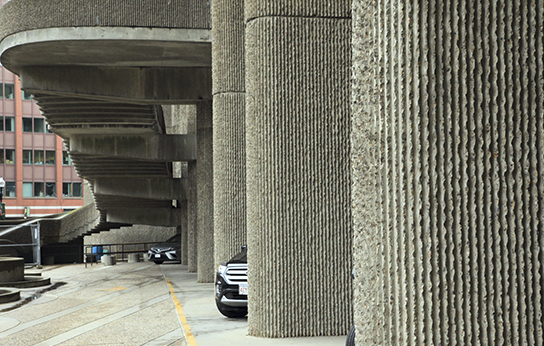 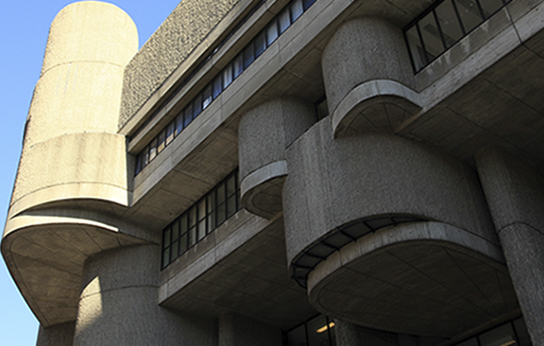 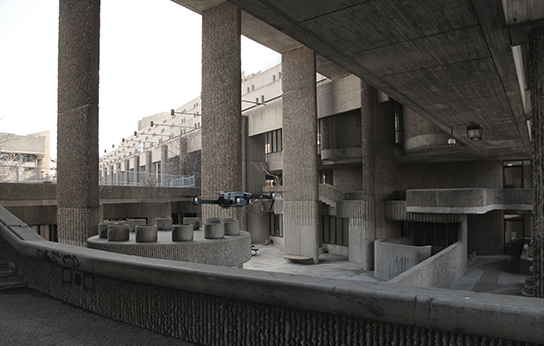 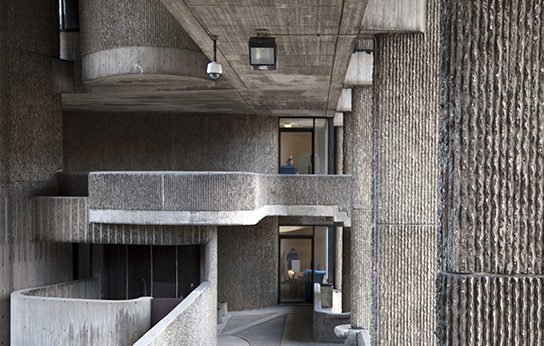 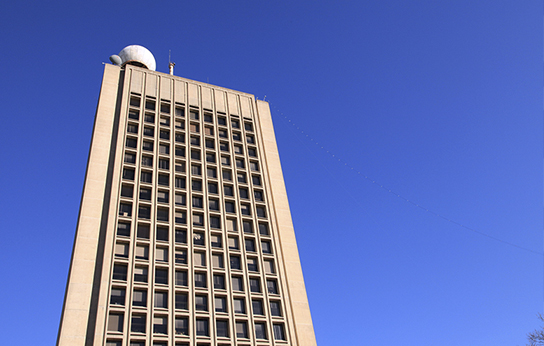 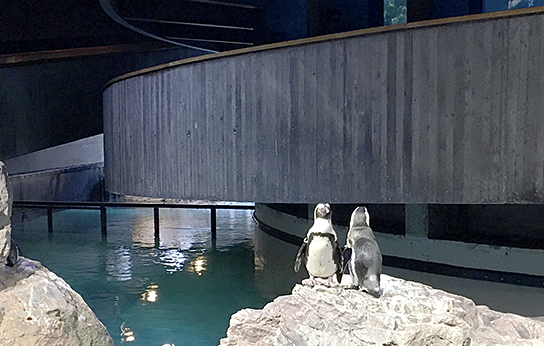 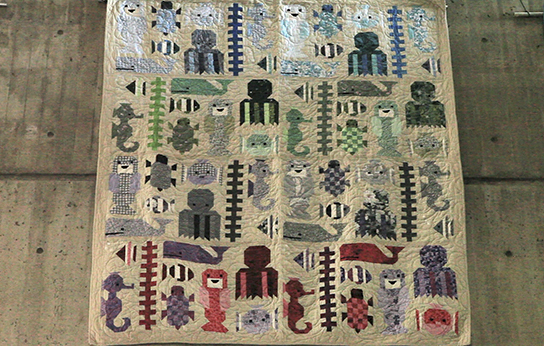 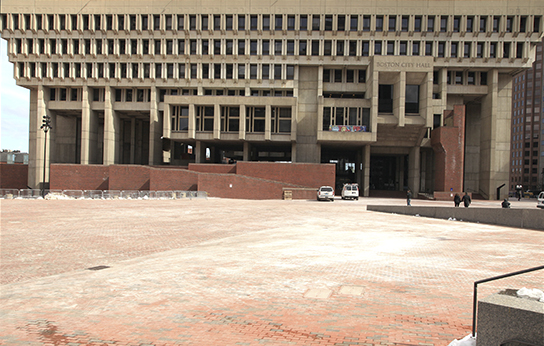 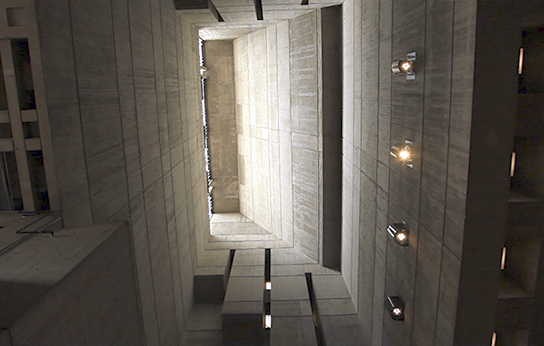 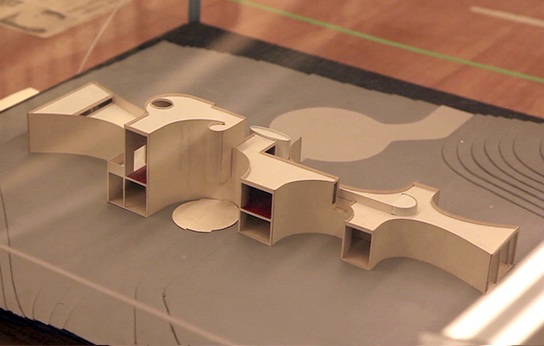 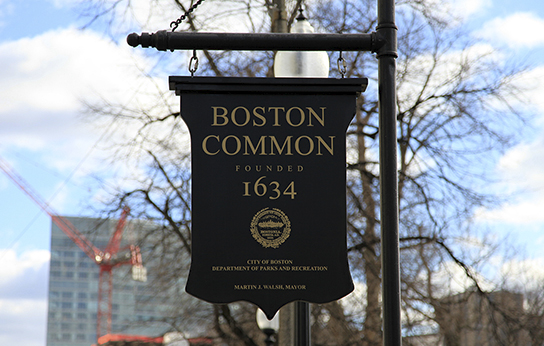 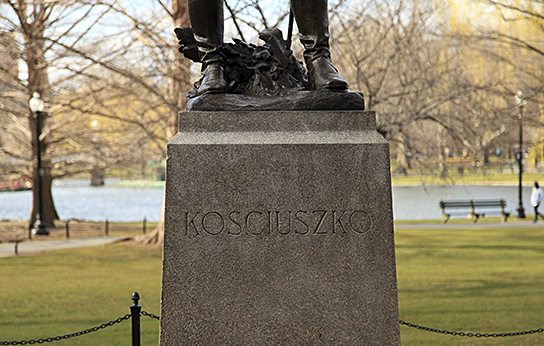 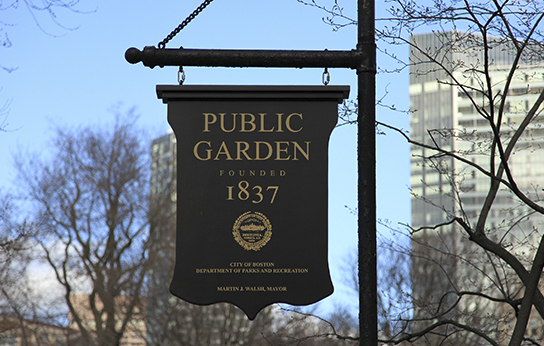 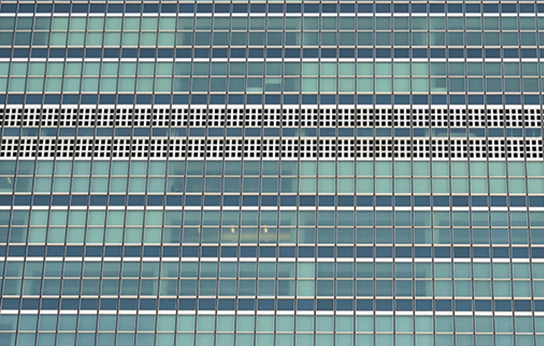 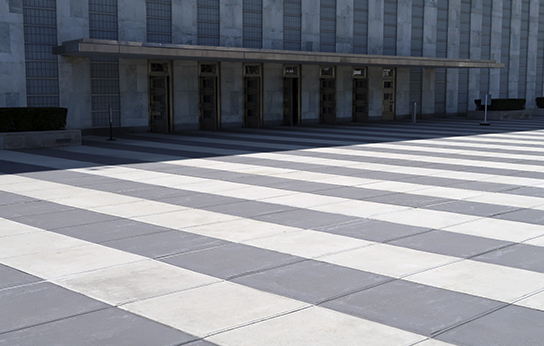 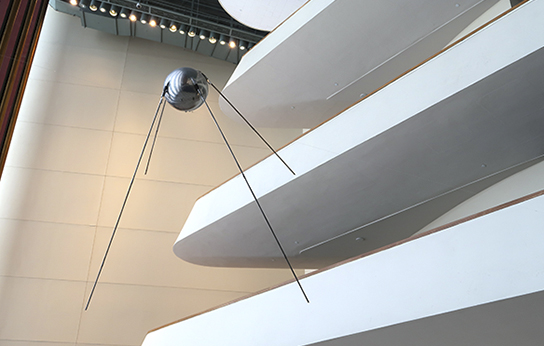 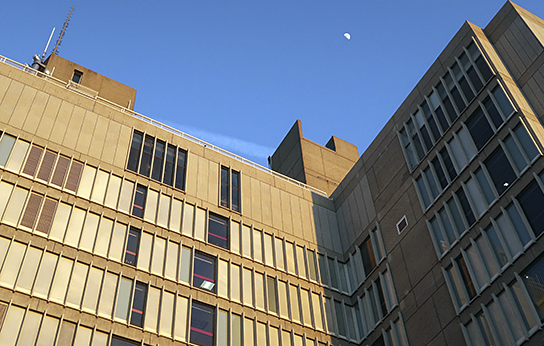 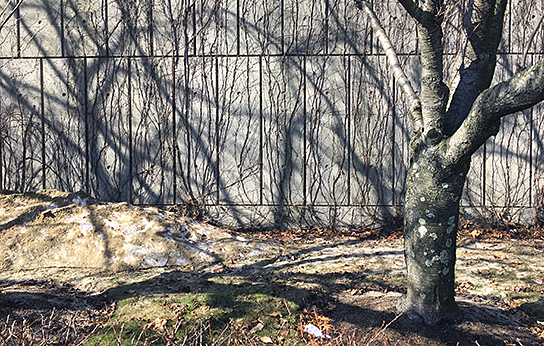 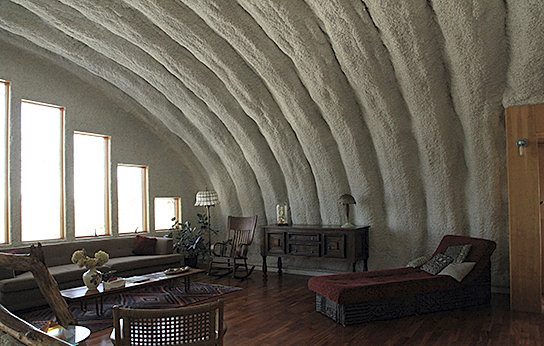 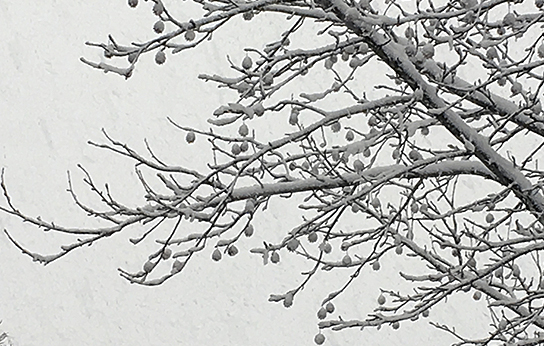 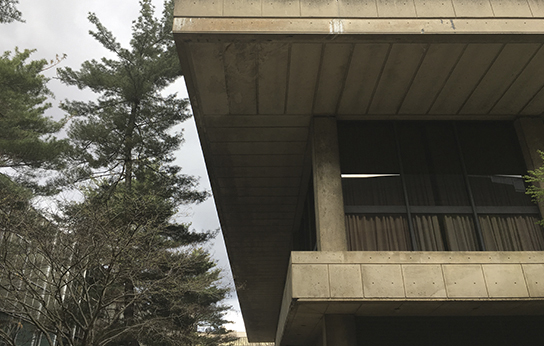 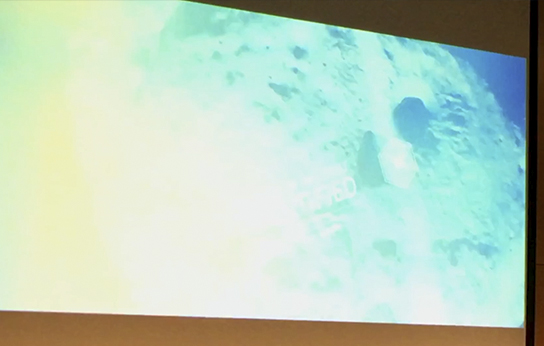 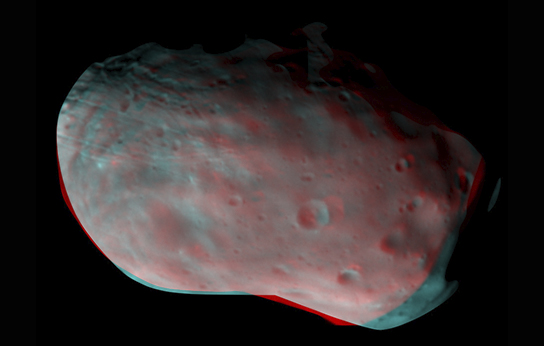